Hello! Welcome to my first post :)
During the winter break of 2019 before my last spring semester in college, I embarked on a journey to build an iOS app called Lyrical Banana. Usually I brainstorm software applications by thinking of modern problems and emerging tech tools. But with Lyrical Banana, it all started with this video I saw on Reddit: After watching this, I remembered I saw a similar one a long time ago, back when Shakira and Smash Mouth were releasing hits (2009ish?). The format was still funny a decade later! Some gears clicked, keys tapped, and after a day or two of research and design I had the base idea all specced out. I deemed Lyrical Banana to be my magnum opus iOS app that’ll provide an easy and new meme creation experience. The memes it'll output is similar to that video, you’ll be able to create a music lyric video that displays an image of your choosing for each verse or word. The way I have it designed and the odd combination of features will undoubtedly make it the most challenging app I've decided to build, yet probably the most fun too. I'm super excited for this one.

The first step to creating a new Lyrical Banana meme will be selecting a song. I decided I would integrate

Spotify since they currently have the majority marketshare in the music streaming market (18% and 37% respectively). Although I’ve definitely doubled my trouble by picking two services, I think the extra 18% availability is worth it. After selecting your preferred music service, the next step is selecting a song. 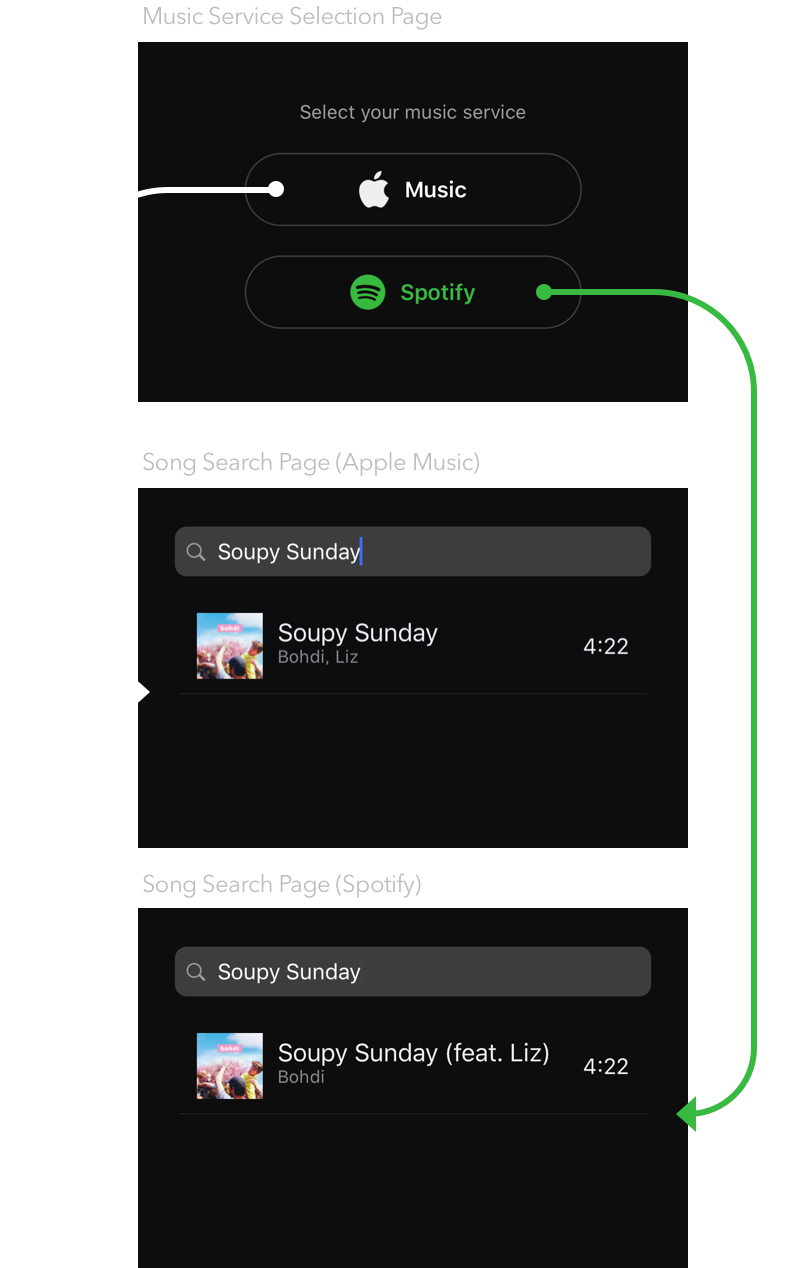 The song search results are slightly different as you can see in the design layout above. Once you’ve chosen a solid song to meme with, the next step is to start pairing images to the lyrics!